Royal Hallmark is an attractive location worth investing in in District 15. One of the attractions of this new project is its good connectivity, especially near the MRT. Close to the upcoming Tanjong Katong MRT and Marine Parade MRT within a short distance, this apartment is highly appreciated and sought after by the community amenities that surround it. To understand the analysis in this article, take a look at this apartment's connection to the future planning area at Marine Parade, and understand why it relates to the actual value of this expected apartment.

Is Royal Hallmark really worth it when it's in the Katong area?

In particular, the upcoming Royal Hallmark Condo is actually located in the Katong area (known by another name as Tanjong Katong area) - a residential area in the east of the Central Region of Singapore, this area is quite attractive with the Delicious food, good connections, many attractions with a long history and a number of community facilities will be repaired and restored to serve the lives of residents in this area. The early history of Marine Parade has been tied to the Katong area. Therefore, it is also included in the list of planned zones of the Marine Parade planning area.

Signature cuisine is the hallmark of the Katong area, as Katong's rich cultural mix contributes to its unique cuisine. Katong is famous for its restaurants serving Peranakan cuisine and especially the spicy Straits Chinese noodle dish known as Katong laksa. You can learn about delicious food in Katong to know more.

And through its bridging nature, Royal Hallmark Residences automatically benefits when located in Katong Area. Public utilities, regional health facilities and community centers will all serve the common needs of residents.

Explore Royal Hallmark's spectacular connectivity right here, above are just a few of the amenities surrounding this project, more exciting is on the next page. Tracking now!

ONE OF THE SOUGHT AFTER CONDO

Royal Hallmark - Image Gallery has just been updated, check it out now! 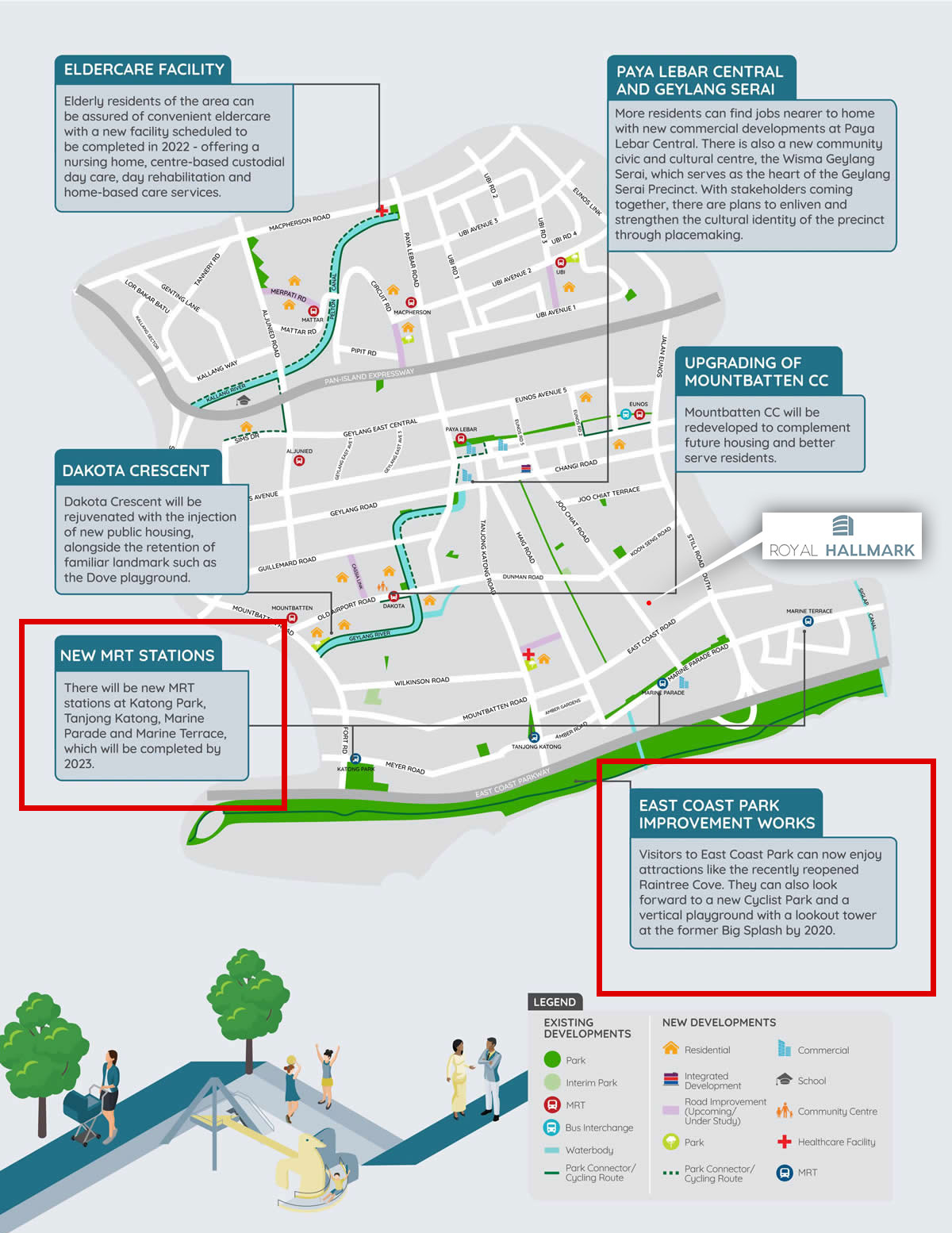 Overall, the Marine Parade Planning Area has 6 points, equivalent to 6 types of public and community utilities, which will be restored, rebuilt or created. However, this article only mentions two points close to the Royal Hallmark @ District 15 project (two items are circled in red in the next photo). In addition, the remaining points if you have a need for reference, please learn more in the next article.

Under the upcoming plan, Marine Parade area will have new MRT stations at Tanjong Katong and Marine Parade, which will be completed in 2023. 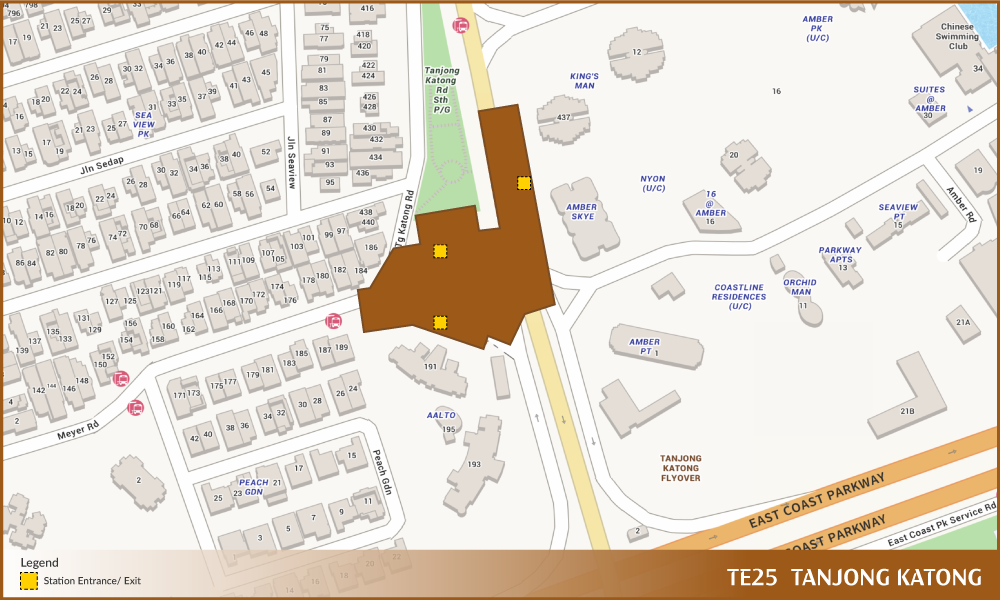 Estimated completion in 2023, Tanjong Katong MRT (TE25) is an underground mass rapid transit station that will operate along the Thomson-East Coast line in the future. It is located below Tanjong Katong South Road at the intersection of Meyer Road and Amber Road. 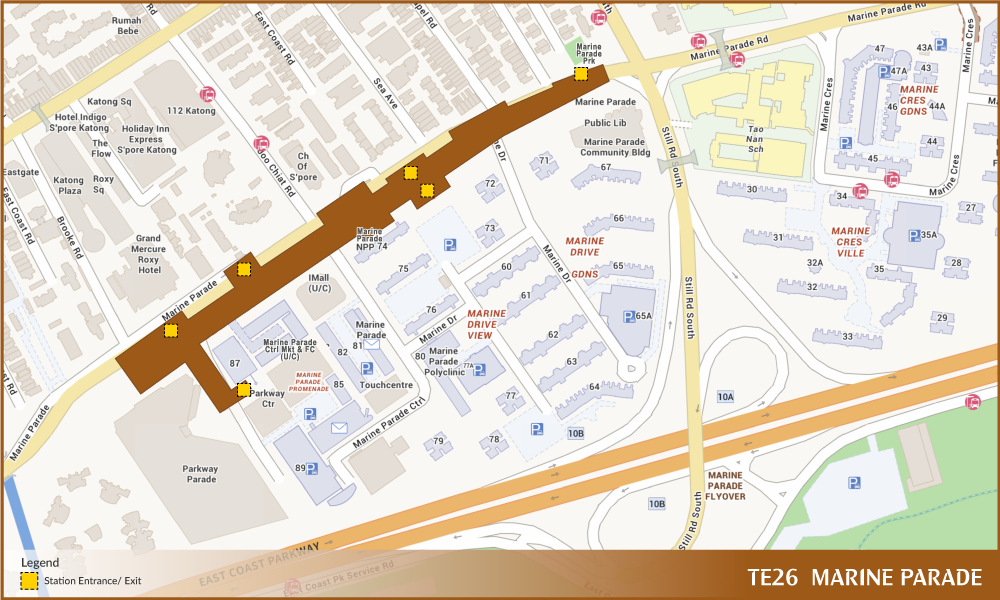 Also in the plan, Marine Terrace MRT Station (TE27) is a metro station located along the Thomson East Coast Line (TEL) 4. It is to be built beneath Marine Parade Road, between Line junctions. Marine Crescent/Telok Kurau and Marine Terrace, providing rail connections with schools and surrounding residential developments.

East Coast Park is one of Singapore's most prized urban getaways. However, to reduce congestion in some areas, East Coast Park will soon be upgraded with more open space and amenities when renovation works at the three locations are completed. The former sites of Goldkist Chalets, Big Splash and Raintree Cove will be transformed into nodes to help disperse human traffic to other areas of the park. 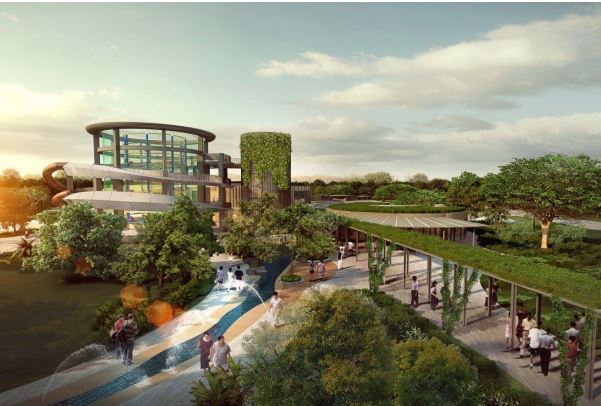 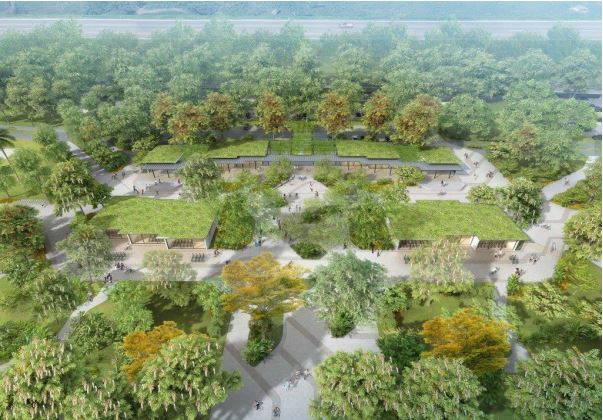 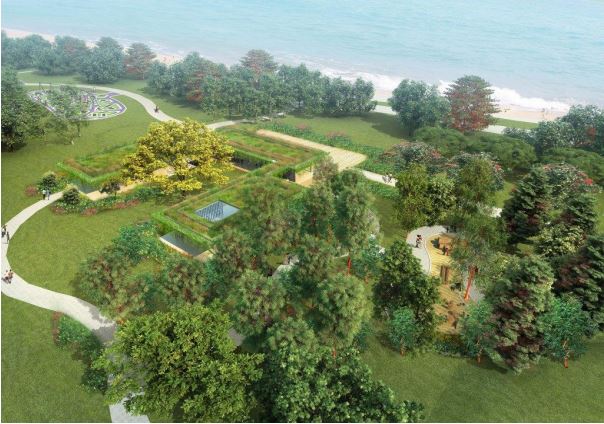 Own a prime location in District 15, Royal Hallmark is located in an area well served by a

Royal Hallmark grew at a slower pace of 0.2 per cent in December compared with November’s